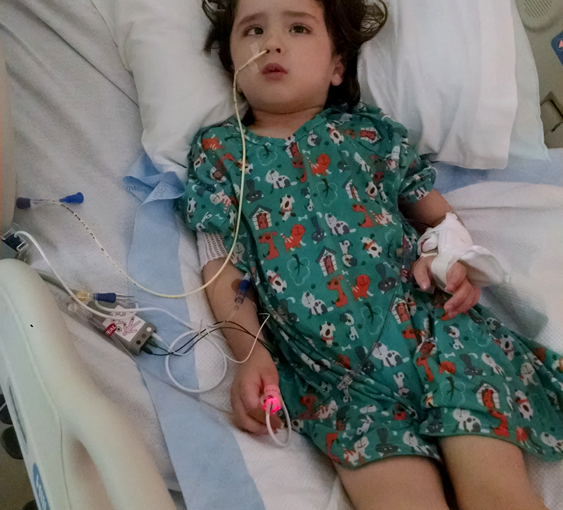 I was not prepared for how Kiara would look after her first major tumor resection. It’s difficult to even type it. She was trapped in what can only be described as “neuro storms.” Her mouth and tongue would twitch and her eyes jittered separately and in different directions. She was completely unresponsive to me or any of her caregivers like she was in a coma or far, far away. I knew she was in there and probably scared and hurting, and I didn’t leave her side. I thought she may die at any second because her brain and body were not right. Her head was strongly tilted to the right and her right eye was completely inward. Her lips were puckered. She had tubes everywhere, including an EVD, two IVs, a feeding tube, and a catheter. Monitors constantly beeped and alarms went off frequently. My poor baby girl.