Many of the other parents of cancer kids that I’ve met described one of the primary symptoms of their brain tumor as visual impairment. Kiara often said that she saw “flashing” or was “seeing stars.” We thought it was just from standing up too quickly, but it was actually her optic nerves dying.

If your young child says, “I can’t see,” and you’ve already seen an ophthalmologist to know his or her eyes are healthy, make an appointment with a neurosurgeon and get an MRI.

The white cane is a useful tool to millions of blind people in navigating their environments with confidence and safety. It allows blind or visually impaired people to feel surfaces and obstacles in front of them, helping them safely travel where and when they want, and be self-sufficient. White canes (not called “walking sticks”) are often made from aluminum, graphite-reinforced plastic, or other fibre-reinforced plastic, and can come with a wide variety of tips depending upon user preference.  White canes can be either collapsible or straight, with both versions having pros and cons.

Kiara’s white cane is collapsible, which makes it convenient to stow when we’re at a restaurant or ball game. She has a ball tip on the end so that she can sweep it on the ground without it catching on sidewalk cracks or other obstacles. 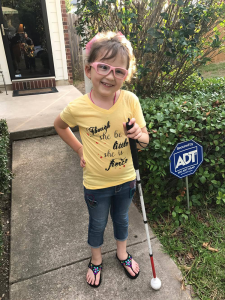 To learn more about walking with a white cane, check out this video. (Her entire YouTube channel is great!):

Every year on October 15, the President of the United States recognizes White Cane Day by the Blind Americans Equality Day Proclamation to acknowledge the abilities of people who are blind and to promote equal opportunities as any other American. The mission of White Cane Day is to educate the world about blindness and how the blind and visually impaired can live and work independently while giving back to their communities, to celebrate the abilities and successes achieved by blind people in a sighted world, and to honor the many contributions being made by the blind and visually impaired. There are usually community celebrations around this date, although it varies by city.

Braille is a tactile writing system (raised dots that can be read with the fingers) used by people who are blind or visually impaired. The history of braille goes all the way back to the early 1800s, when Charles Barbier developed a system known as “night writing” so Napoleon’s army soldiers could communicate safely at night without lamps revealing their locations. Barbier’s letters had raised 12-dot cells, but the human fingertip could not feel all the dots with one touch. Louis Braille, who was blinded by a childhood accident, was only 11 years old when he modified Barbier’s “night writing” code to a 6-dot cell so that blind people could read faster and more efficiently. He spent the next decades refining the system that was named after him and gradually accepted throughout the world.

By using the braille alphabet, people who are blind can review and study the written word. They can also become aware of different written conventions such as spelling, punctuation, paragraphing, and footnotes, as well as math calculations and formulas. Most of all, braille gives blind individuals access to a wide range of reading materials including recreational and educational reading, financial statements, and restaurant menus. Equally important are contracts, regulations, insurance policies, directories, and cookbooks that are all part of daily life. Through braille, people who are blind can also pursue hobbies and cultural enrichment with materials such as music scores, hymnals, playing cards, and board games. Kiara has braille UNO cards so the whole family can play together.

Why is there braille on drive-up ATMs and random signs? I used to laugh, too, until I recognized Kiara’s vulnerability as a blind female. Not only do I worry about her physical safety, but emotional, too. How would you feel if you weren’t sure if you were walking into the men’s room or the women’s room? Wouldn’t you appreciate a sign to confirm you were in the right place and save yourself from humiliation (or touching too many nasty surfaces)? Imagine having an Uber driver take you to an ATM machine – would you give him your PIN number and ask him to get cash for you? Heck no! With braille Kiara has financial security by having the independence to use an ATM on her own. 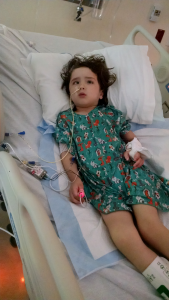 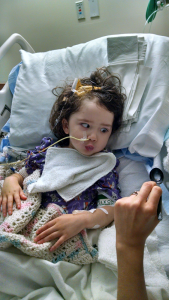